Does Beef Production Cause Global Warming? 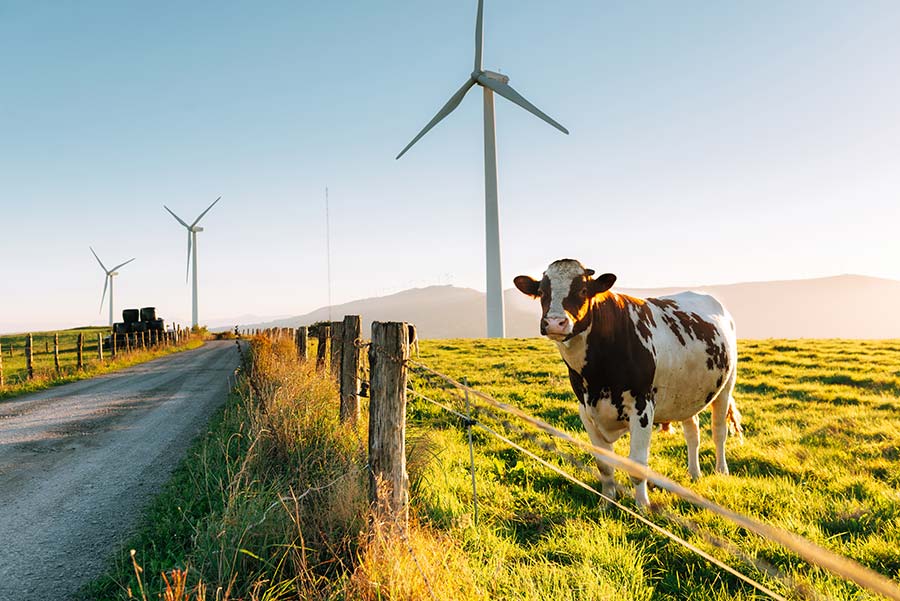 The recent devastating bushfires in Australia drew attention to the seriousness of global warming and the very real impacts that climate change is having on our society.

Before we delve into the impacts of the meat production industry on global warming, it’s important that we understand what exactly global warming is. In its simplest form, global warming refers to the unusually fast increase in the Earth’s average surface temperature. Global warming is a feature of climate change, so the two topics are often mentioned closely in discussion.

Global warming is mainly caused by carbon dioxide and greenhouse gases being released into the atmosphere. These destructive air pollutants are introduced into the Earth’s atmosphere in a number of different ways, but predominantly through farming activities, agricultural industries, deforestation, and burning of fossil fuels.

The heating of our planet has been identified and observed by scientists since around the 1900s. Because our greenhouse gas emissions are steadily increasing around the world, the speed of global warming is increasing.

Global warming and climate change are having detrimental impacts on our society. As has been noted by many weather experts and scientists, global warming is drastically changing our climate and weather patterns. It is more apparent in some countries than others – but almost all parts of the globe are experiencing the negative impacts.

In particular, climate change is resulting in:

It can be easy to dismiss some of the impacts of climate change because the changes are gradual. However, when weather patterns are compared in graphs and diagrams over long periods of time, there is no denying that global warming is real and our planet is suffering because of it.

For many years, scientists have agreed that beef/meat production contributes enormously to climate change. Being a trusted vegan charity Australia, we’ve read the facts – and we know it’s true! It has been suggested that Australia’s agricultural and farming industries contribute to nearly a fifth of all greenhouse gas emissions in the country (a really concerning figure).

Just by merely existing, animals (mainly sheep and cattle), produce methane which is a damaging greenhouse gas. Because animals are bred and farmed at an enormous scale in Australia, there is much methane being poured into the atmosphere by livestock farms and abattoirs.

Obviously, there will always be wild animals living on our planet and producing a degree of methane. The real problem is when we are unnecessarily grazing livestock for the purpose of food and eating. When we purchase meat (particularly beef and lamb) from our supermarkets and grocery stores, we are encouraging the meat industry to thrive. As a result, greenhouse gas emissions are rising, and global warming is taking effect.

By reducing or eliminating our consumption of meat (in other words, choosing a vegan lifestyle and following tips from reliable vegan charities), we can lower the impacts of the meat industry and save our planet!

Other factors that contribute towards global warming

Although the meat industry contributes largely to global warming, there are other factors that are also causing our planet to heat up. Some of the other major causes contributing to climate change are:

According to a variety of reliable environmental sources, Australians are some of the biggest producers of CO2pollution. In fact, power production is the main cause of overwhelming carbon pollution in Australia. Some statistics suggest that Australians are the biggest producers of CO2 pollution in the world, and our pollution per person is nearly twice the amount of other developed nations. (Eeeek!)

Admittedly, much of Australia’s greenhouse gas emissions are produced by large corporations, rather than individuals in domestic homes. As a vegan charity in Australia, we closely follow all current affairs relating to environmental issues and it is fair to say that our Government is not doing enough to instigate a positive future. Because large companies and the Government are much of the problem, we can sometimes feel helpless in the fight against climate change. Though, it is important to recognise that, even as individuals, our actions can make a change and ensure a healthy future for our planet.

What can you do to help stop global warming?

Thankfully, there are several ways that you can help stop/slow the rate of global warming. Even though you are just one individual, your actions can make an enormous impact on the world. At The Kind Path, we believe in foraging a sustainable lifestyle that is good for the environment. Your behaviours can instigate much positive change!

Making a difference is easier than you may think. If you want to end climate change and contribute towards sustainable and progressive practices, these are some of the things you can do:

Global warming and climate change are ever-evolving topics in Australia. The most important thing you can do to help slow the rate of global warming is keep updated with news and affairs, and follow advice from trusted vegan groupsand sources.

What are the other benefits of a vegan lifestyle?

As we have already discussed, a vegan diet means that you are not consuming meat, and therefore not contributing to the global warming impacts of the meat production industry. Notably, this isn’t the only benefit of being vegan. There are many reasons why you may want to introduce veganism to your life, including:

Choosing a vegan diet is one thing; being able to stick to it long-term is another! If you have been eating meat your entire life, we understand that it can be quite challenging to rid yourself of meats all together. There are many people who try to start a vegan diet, but ultimately struggle to uphold it. As we have noted in a previous blog post, there are some simple steps you can follow to support your journey of turning vegan. If you are wanting to adopt a vegan diet, some of the advice given by our vegan charity includes: easing your way into the diet (starting as a flexitarian, then a pescatarian, then vegetarian, then vegan); researching and eating wholesome vegan meals, instead of poor tasting meals; surrounding yourself with the positivity of the vegan community through vegan charities; reminding yourself of the great positive impacts your actions are having on the world.

If you would like to join and support a group of likeminded people and get involved with a popular vegan charity, browse The Kind Path website today and learn about our current initiatives. Not only do we provide information for vegans and environmentalists, but we foster ongoing events for the greater good of the world.

The future is in our hands!