Is the Meat Industry Destroying Our Environment? 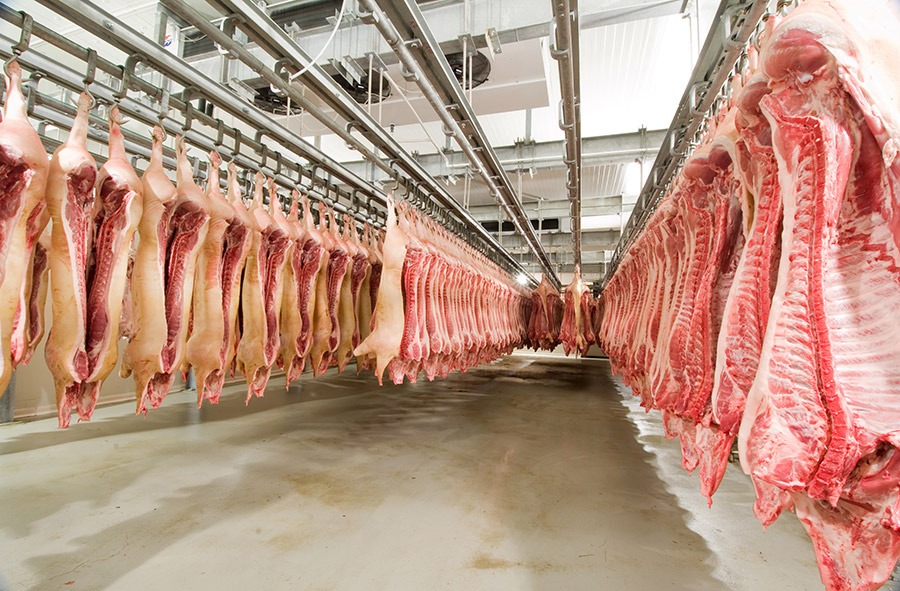 Did you know that the burping and farting of cows produces more greenhouse gas emissions than cars?

It’s totally okay to have a little giggle at that (we can’t help but laugh at the thought of a cow fart either), however this is a serious issue that needs to be addressed sooner rather than later. Allow our vegan charity to explain the situation further…

Basically, cows emit large amounts of methane through belching and flatulence. These emissions speed the rate of global warming and result in enormous disruptions/damages to our climate and environment. As a result of the massive production in meat industry, there are billions of cows across the world – so the emissions being produced from cows are substantial.

When thinking about greenhouse gases and the major contributors to climate change, most people think about cars/transport or mining. Livestock isn’t their immediate thought. However, cows are polluting the air at rapid rates and, because the demand for meat is increasing, the number of livestock farms and abattoirs in Australia is increasing also. Even though it is destroying our environment, the meat production industry is getting bigger, rather than slowing down.

To help you understand this a bit easier, our top Australian charity has broken it down into steps:

Eventually, as temperatures continue to rise and natural disasters become more prominent, it won’t be possible for humans to live on our planet anymore. In our country, we have already been subject to the devastating impact of climate change – most recently with the horrifying 2019/20 bushfire season that destroyed animal habitats and conservation areas throughout Australia’s regional areas. It might be hard to believe, but meat consumption and meat production really are impacting the sustainability of our planet.

Statistics and estimations vary largely, but some studies by top vegan charities have suggested that livestock is responsible for between 10-20% of all greenhouse gas emissions in Australia. Cows, in comparison to other animals, are the most carbon-intensive element in the food industry, as they produce more carbon emissions than any other specific sector in the agricultural industry.

Thankfully, there is a solution – and we can easily become part of the movement for change. All you need to do is join a vegan charity in Australia, like The Kind Path, and get started on a vegan or vegetarian diet. (Keep reading to see our top tips for becoming vegan)

It’s important to note that the meat production industry isn’t the only contributor to global warming and environmental destruction. There are a number of other industries that create enormous and unsustainable carbon emissions. Some of the major contributors to greenhouse gas emissions include:

Steps to becoming a vegan

It’s not rocket science… by becoming a vegan, you are no longer consuming meat and contributing towards the meat production industry. Your simple action of reducing your meat intake will make a difference to our world. Yes – you can really change the future of our environment by becoming vegan. It’s really that easy!

If you are passionate about saving the environment, then the best possible action you can take is becoming a vegan. There are hundreds of thousands of vegans in Australia, and more people are choosing a vegan diet every day. As more information is revealed to the public about the realities of climate change and animal cruelty, more and more people are deciding that a vegan diet is the way of the future. We’re not surprised that you feel encouraged to consider veganism too!

Some people believe that veganism is a movement, while others refer to it as a choice of lifestyle. Either way, becoming a vegan isn’t always as easy as it seems. If you have consumed a meat diet for all or most of your life, eliminating meat products all together may be a shock to your system. Not only might you crave the foods that you have previously relied on to keep you feeling full, but you might find it challenging to come up with new meal ideas and healthy vegan alternatives.

Below are several steps that we believe to be helpful when trying a vegan diet for the first time.

The ‘go hard or go home’ approach doesn’t always work when it comes to being a vegan. If you strictly eliminate meat products from the beginning, you might find your body craving chicken and beef products that you may have eaten in the past. Eventually, you might cave and give up on the vegan attempt all together.

By slowly and gradually introducing vegan and vegetarian meals into your diet, you will have an opportunity to gently adapt to the new eating program and give your body time to adjust.

Once you have found a number of wholesome, balanced vegan meals that you enjoy and find satisfying, you should aim to eat vegan meals and snacks 50% of the time. This could mean alternating every second dinner with a vegan alternative, or choosing to have meat during only one course of the day.

Introducing veganism to half of your daily food intake is a realistic and achievable percentage. Everybody’s timeframe for becoming vegan will be different, so don’t feel rushed into your 50/50 diet plan. If you are struggling to find contentment with the vegan meals, opt for vegetarian meals initially instead.

When the time is right (aka. when you feel the urge and confidence to turn completely vegan), you can say goodbye to meat forever. With a menu of delicious vegan meals readily in your mind and the knowledge of how your veganism will save our environment, there is nothing holding you back.

Other actions that will help you as you adopt your new vegan diet include: joining a vegan charity Australia to talk with likeminded vegans and get their support, extensively researching top vegan meals online, visiting vegan shops and grocery stores, and not being too hard on yourself or quitting entirely if you make a mistake or backtrack in your progress to 100% veganism.

As a newly-turned vegan, some of the major challenges that you might face will be: eating out at restaurants and cafes with friends or family, cravings for food that you consumed regularly in your past, judgement or questioning from acquaintances, and difficulty finding tasty vegan meals.

At The Kind Path, we believe the solution to these problems is to be patient, realistic and committed. By conducting research and learning from the best charities in Australia, including vegan charities and animal cruelty charities, you will equip yourself with the knowledge on how to deal with these situations and stay strong/dedicated towards your diet in the most difficult of times. Ultimately, your friends and acquaintances will learn to accept your choice of diet (over time, you may even be able to encourage them to choose veganism too!), and you will find great satisfaction in the more sustainable and ethical lifestyle choice.

There are many benefits of a vegan lifestyle, including some things that you may have never thought of. Some of the reasons you might consider becoming a vegan are:

Why should you join The Kind Path?

For people who have never been part of an Australian charity before, it may sound like a daunting prospect. However, there is no need to be nervous or worried when joining a vegan charity. At our top vegan charity, you don’t need any prior charity experience or particular skills/knowledge. We believe that everyone can make a difference in this world, so we are not exclusive by any means. As long as you have a passion for stopping animal cruelty, we would love for you to become involved with our team and mission. You are 100% welcome here!

By following and supporting The Kind Path, you are doing your part to secure a sustainable future for Australia. With our vegan charity, you will have the opportunity to work with a bunch of likeminded people and take genuinely effective action to create positive change.

Some of the advantages of supporting The Kind Path include:

As many of our committed volunteers will agree, joining a vegan charity in Australia can help you to feel good and know that you are doing your best to help animals and humans alike. If you find that you have spare time throughout your week, or you have skills that could contribute towards the greater good of society, you can get in touch with our crew to show an expression of interest for becoming a volunteer.